On Monday, July 27 the Senate released their $1 Trillion stimulus package, the Health Economic Assistance Liability Protection, and Schools Act (HEALS Act). This came months after the House of Representatives released their $3 Trillion stimulus package on May 15th, the Health Economic Recovery Omnibus Emergency Solutions Act, (HEROES Act). These two packages are vastly different, it is unclear how the Republicans and Democrats will reconcile their differences or when a final decision will be reached. Initially, it was believed they would come to a resolution before the July 31st expiration date of the supplemental $600 unemployment benefits. However, congressional negotiations will continue into August.

The HEROES Act proposes to extend the weekly $600 supplemental payment to the end of January 2021.

The HEALS act also extends supplemental payment but reduces the payment to $200 per week through the end of September. The payment will then be replaced with a payment that when combined with state benefits it would be equal to 70% of a worker’s prior income. Additionally, the federal payments are capped at $500 which means not all worker’s will get 70% of their previous wage

Both HEALS Act and HEROES Act include a second stimulus check of $1,200 for every adult:

The HEALS act excludes individuals who do not have a Social Security Number and only provides a $500 check for each dependent regardless of age.

If the President signs the Bill by August 10th then the first checks might be sent by the week of August 24th. The second round of check may arrive faster than the first since the IRS has developed tools to facilitate payments, such as Get My Payment.

The HEROES Act does not provide any additional funding for the PPP, it only makes modifications. For instance, it eliminates 60% payroll requirement for loan expenditures. It allocates 25% of existing funds for business with fewer than 10 employees and another 25% of existing funds to nonprofits.

The HEALS Act includes the Continuing Small Business Recovery and Paycheck Protection Act. This Act proposes an additional $190 billion in funding for PPP. It would give PPP loan recipients an opportunity to get another PPP loan. Only businesses with less than 300 employees and those that can demonstrate a 50 percent reduction in revenue will be eligible for loans. Forgivable expenditures would be expanded to authorize covered worker protection expenditures and covered operation expenditures. There is also a $25 billion fund specifically for business with 10 or fewer employees.

The HEROES Act extends the eviction moratorium that expired on July 24th for up to an additional year and includes a $100 billion emergency rental assistance program. It also provides continued relief to homeowners including extended foreclosure moratorium for 6 months and the ability to request forbearance for up to a year. As well as a $75 billion for homeowner assistance fund to prevent defaults, foreclosures, or loss of essential utilities.

The HEALS Act does not include an extension for the eviction moratorium. It only provides $3.3 billion for lost income for Housing Choice Vouchers. Administered by the U.S. Department of Housing and Urban Development (HUD).

The HEROES Act provides $1 trillion for state and local governments, it is a focal point for the Democratic bill.

The HEALS Act does not allocate any additional funding for state and local governments. It only provides more flexibility to the $150 billion state funding already provided in the CARES Act. 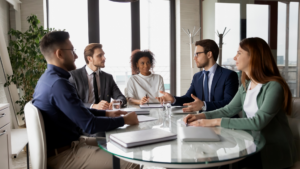 The Employee Retention Tax Credit (ERC) is a refundable payroll tax credit created to provide relief to business owners affected by the pandemic and help keep their employees on payroll. Generally, eligible businesses can claim the credit for tax years 2020 and 2021.  ERC credit can be claimed retroactively for 2020 and 2021 credits ERC… 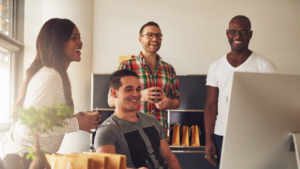 PPP loan borrowers are eligible for full loan forgiveness if they meet certain criteria as outlined by the U.S. Department of Treasury and Small Business Administration. Borrowers that do not satisfy requirements can have loan forgiveness reduced or denied. You must carefully evaluate the use of funds, navigate complex rules, prepare necessary supporting documentation, complete… 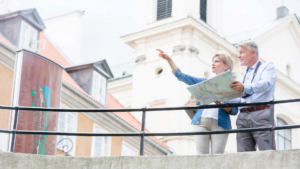 Start Planning for Your Retirement

You can achieve your goals for retirement with proactive planning and wise asset management. Take action sooner rather than later to put yourself in the best position for the future you envision. It’s never too late to start. Begin exploring your retirement options and identify critical issues you should consider when planning. How much do…