Why did states enact the pass-through entity tax?

The Tax Cuts and Jobs Act of 2017 (TCJA) imposed a $10,000 cap on individual itemized deductions for state and local sales, income, and property taxes (SALT) for tax years 2018 through 2025, as well as SALT deductions for trusts and estates. In response to the TCJA’s SALT tax cap, many states have enacted a pass-through entity (PTE) tax, which allows business owners to elect to have their PTE pay state and local income taxes at the entity level rather than at the individual level. In November 2020, the Internal Revenue Service (IRS) issued Notice 2020-75, confirming that state taxes paid through a PTE are exempt from the SALT cap. Now 24 states have enacted an elective PTE tax which has been shown to be effective.

What is an elective pass-through entity tax, and how does it work?

The PTE tax election allows state and local income tax to be imposed on a PTE rather than its partners, members, or shareholders. The entity can then deduct those income taxes in their entirety for federal tax purposes. The partners, members, or shareholders will either receive a credit against their state individual income tax liability or be able to deduct or exclude their distributive share of income from their adjusted gross income when calculating their state income tax liability.

The laws governing tax elections for pass-through entities differ significantly from state to state. The following is a basic explanation of how the PTE tax elections work:

Is the state PTE tax election right for your business?

In most cases, making a PTE tax election will benefit the owners; nevertheless, this is not always the case. The legislation governing these entity-level tax elections varies substantially from one state to the next. Analysis will be required because each state has its unique set of norms. Regardless of where a PTE operates or where the owners live, before making a decision, examine the following questions:

How we can help

Before deciding to make a PTE tax election in one of the states that now allow it, you should carefully consider the dynamics of different owners in the PTE, as well as the differences in state rules. Our tax experts can assess your situation and investigate the potential benefits of a PTE tax election. Please contact us if you need help deciding whether a PTE tax election is right for your company or if you have any questions. To learn more about how we can help you book a free consultation with one of our trusted advisors. 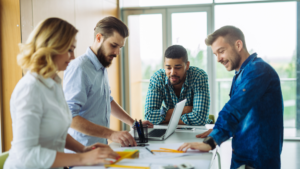 Now that we are in the last quarter of 2022, it is time to make adjustments for this year and prepare for changes needed in the upcoming year. One important area to focus on is your employees, which are critical to your company’s success. Especially in this competitive labor market. It has been challenging for…

How Is Short-Term Rental Income Taxed?

Even as fears about COVID-19 are starting to subside, the short-term rental sector that thrived during the pandemic is still growing. Owners of rental properties are generally aware that the money from the rental activity may be subject to income tax; but, when substantial guest amenities are included with the rental, owners may be unaware…

New environmental-related tax credits that benefit both individuals and small businesses are part of the recently enacted Inflation Reduction Act of 2022 (IRA). The Act also extends and changes a few existing credits. New Clean Vehicle Credit (up to $7,500) The IRA extends the current tax credits of up to $7,500 for qualifying electric vehicles,…