Depreciation allows the cost of the asset to be deducted over several years. Business owners may take an additional first-year deduction this is known as bonus depreciation. The TCJA increased the bonus percentages for a limited time.

U.S. tax code section 179 is an election that allows business owners to expense the full purchase price of a long-term asset within a single tax year to offset the financial loss. Businesses should take advantage of Section 179 expensing this year whenever possible. In 2020, businesses can elect to expense (deduct immediately) the entire cost of most new equipment up to a maximum of $1.04 million of the first $2.59 million of property placed in service by December 31, 2020. Keep in mind that the Section 179 deduction cannot exceed net taxable business income. The deduction is phased out dollar for dollar on amounts exceeding the $2.59 million threshold and eliminated above amounts exceeding $3.63 million.

There are certain requirements for the business property to qualify for section 179. The property must be placed in service during the tax year that you claim the deduction. It must also be used more than 50 percent of the time in your trade or business. Property that is placed in service and then disposed of in that same tax year does not qualify, nor does property converted to personal use in the same tax year it is acquired.

For property placed in service in taxable years beginning after December 31, 2017, taxpayers can elect to include certain improvements made to nonresidential real property after the date when the property was first placed in service.

A Qualified Improvement Property (QIP) is any improvement to an interior portion of a building that is a nonresidential real property if the improvement is made after the date the building was first placed in service. Qualified improvements to a property can include installation or replacement of drywall, ceilings, interior doors, fire protection, mechanical, engineering, and plumbing. However, improvements do not qualify if they are attributable to the enlargement of the building, any elevator or escalator or the internal structural framework of the building.

QIPs were generally depreciated over a period of 39 years. The TCJA intended to assign a 15-year recovery period to a QIP and make it eligible for 100 percent bonus depreciation. However, an error in drafting the legislation language blocked this change.

This provision is effective for property placed in service after December 31, 2017. Since the change to qualified improvement property is retroactive to January 1, 2018, taxpayers may have an opportunity to amend their 2018 and 2019 returns to claim bonus depreciation.

Timing for purchase of business equipment. 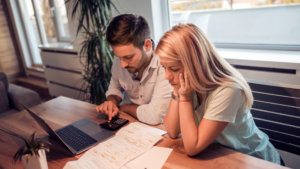 What Are Estimated Tax Payments?

IRS expects taxes to be paid on income as it is earned, referred to as the pay-as-you-go system. Therefore, individuals with income that isn’t subject to withholding taxes make estimated tax payments to the Internal Revenue Service (IRS) every quarter. Self-Employed individuals and small business owners must plan, estimate, and pay taxes quarterly to the… 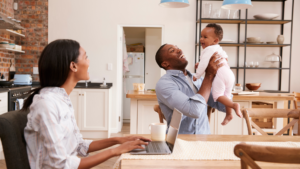 2021 Child Tax Credit: What You Need to Know 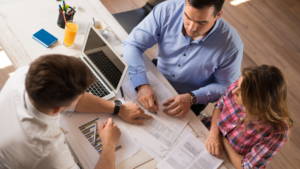 Year-end tax planning for 2021 can be complicated due to new tax provisions and upcoming tax changes part of the new Build Back Better Act. It’s a critical time to use tax planning strategies to help you take advantage of financial opportunities and minimize your taxes. Everyone’s situation is unique so consult with a tax…